Silk has ancient origins, dating as back as the year 3000 BC, when it was first discovered in China. Throughout the centuries, many things have changed, but the fascination for this material has remained unchanged.

Indeed, many of our customers like to use our silk products for their creations, and would like to know more about this material. So, like we did for wool, today we are presenting an analysis about this wonderful fiber.

From silk worm to fabric

Silk is a protein fiber derived from the bave of a lepidopteran insect. Bombix mori, i.e. the silkworm, forms a cocoon made up of single, continuous thread which can measure between 300 and 900 meters in length. It takes more or less 3 to 4 days to form the whole cocoon, which is made up of 20 to 30 layers.

In order to keep the cocoons intact, it is fundamental to prevent the worms metamorphosis: if it turned into a butterfly, it would break through the cocoon, making it unusable. So, the cocoons are harvested and dried in special drying rooms. 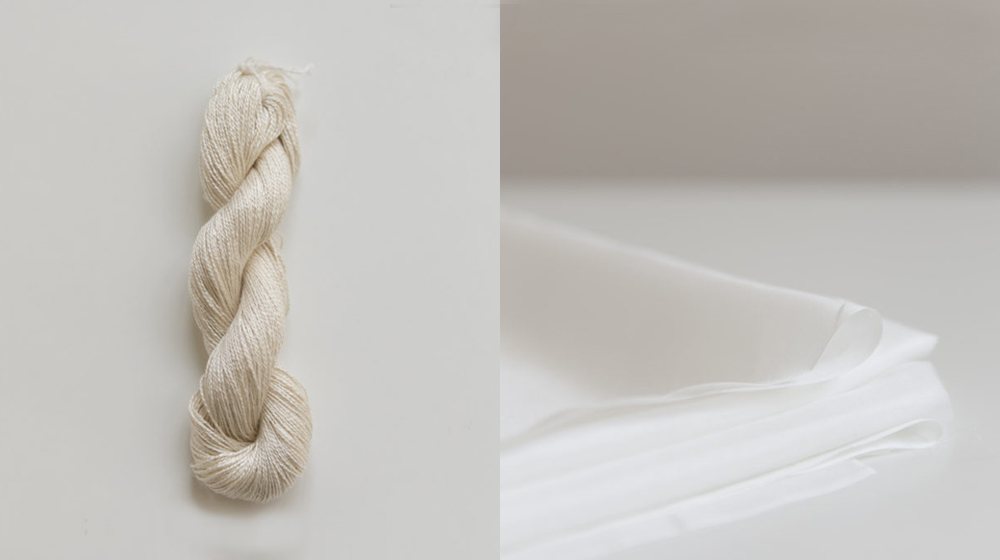 Then, the thread is unraveled through a process called reeling.
First, the cocoons are put macerated in boiling water (70°-90°). This way, the sericine, which is the gummy part which holds the bave together, becomes softer and can be discarded. 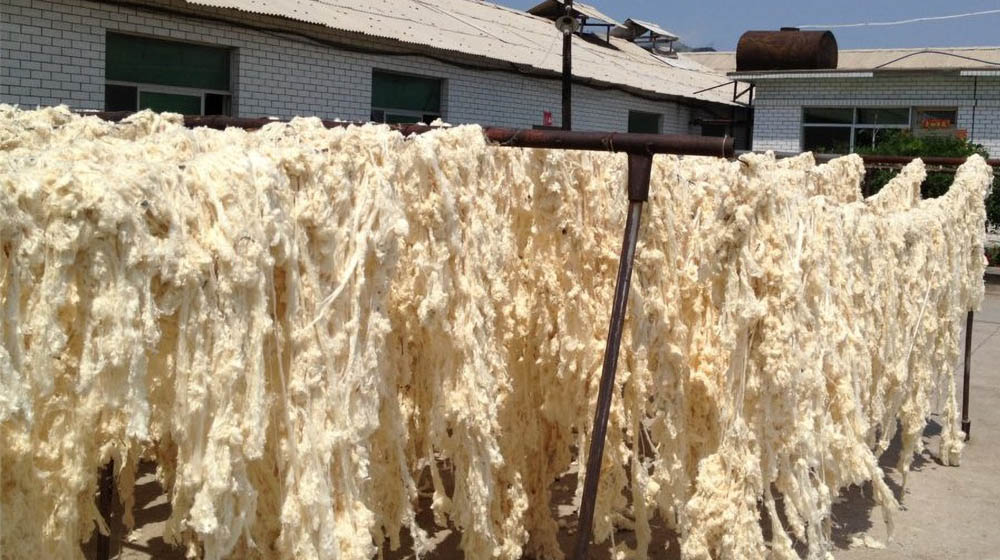 Then, operators use special brushes to eliminate all the other outer filaments, the waste also known as schappe. So, the end of the bave is found.
Sericin is then eliminated (whether completely or partially) through a process called degumming, for which a hot, soapy mixture si used. By eliminating sericin, the fiber is made shinier and softer to the touch. 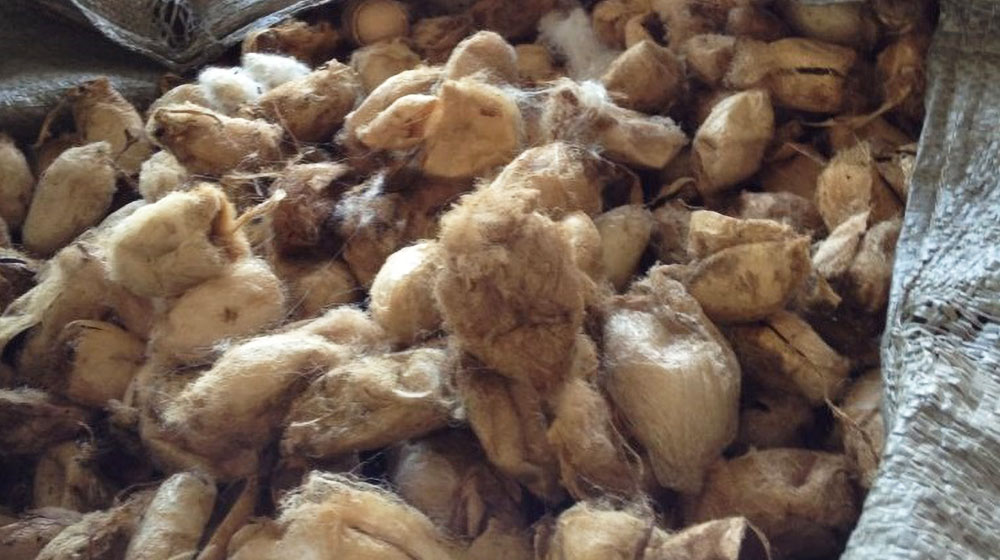 Then, the fiber is further cleaned and carded, so that it can be used to make yarn and, later, textiles. 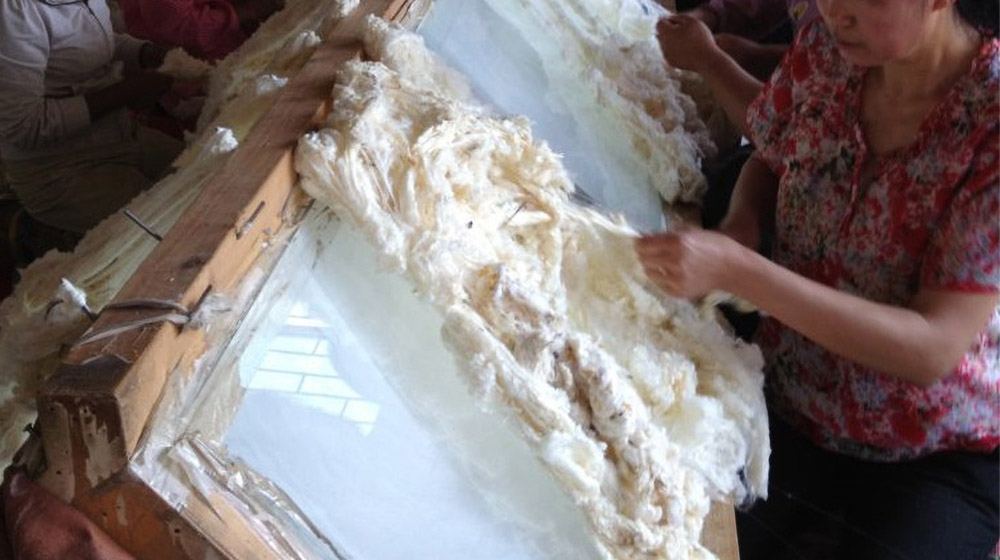 Because most of the production processes (from cocoon harvesting to carding) are basically carried out by hand, the final price of silk is quite high.

This production process is used both for the kind of silk made with farmed Bombix Mori, and for the kind made with wild lepidopterans. The latter make a variety called wild silk or Tussah.

Under a microscope, the raw fiber looks like a slightly flat cylinder. It is not homogeneous, as the diameter can be bigger or smaller in different parts. This is due to the fact that the sericin is not evenly distributed.

The baves have a diametr between 10 and 22 micron.

One of the main properties of silk is that it reflects light like no other fiber. It can easily absorb dyes, thus creating a great range of hues.

The thread is very elastic, and the resulting textiles are extremely resistant. At the same time, they are very soft, and fall perfectly at the seams, and can be easily draped.

Do you want to make sure that a product is made of real silk? Burn a thread. If it is real silk, it will burn slowly and with the horn smell which is typical of animal fibers.

Some recommendations for the care of your silk products

Silk fiber is very delicate and must be washed with neutral detergent, at under 40°. If you need to bleach it, avoid regular bleach (hypochlorite), and use hydrogen peroxide instead.

Store in a dark, dry place as it will easily turn yellow.  It is generally not eaten by moths, unless is it not mixed with wool. It is often attacked by mould and bacteria which can cause white spots or discoloring.

If you like the looks of the silk fibers, but you do not want to use animal fibers, then we recommend you use Ramié. Ramié is a fiber entirely of animal origin, which looks very similar to silk, so much so that it is in fact also called vegetable silk.

Silk cocoons: how to card them and spin them in this article