Can felt and performing arts find a meeting point? As it turns out, they can. The video I am presenting to you today is proof of that. Hyper Thalamus is a performance by Manuel Attardi and Danila Massara. We are extremely happy to have given a small contribution to the making of this video, as the Thalamus on which the two artist perform is our Thermoformable. The video is a performing arts project that, in addition to being extremely beautiful, also raises some question about an old but still very relevant topic: relationships.

Lets move on to our interview. We have two guests for this occasion: Manuel and Danila are going to tell us about their experience with Hyper Thalamus. 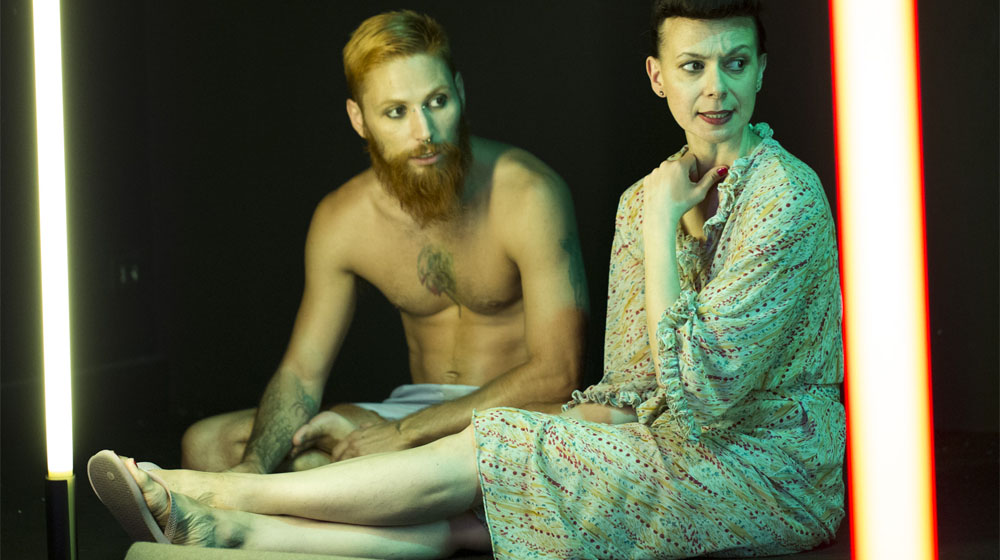 Where did the idea for Hyper Thalamus come from and what is the message you are trying to convey?
MANUEL: The idea came to us during lunch, while we were talking about our latest artistic adventures. Danila lives between Milan and Paris, touring around the world with the shows of her theater company, Linea D'aria, while I often travel to Asia for work, and had just finished two performing arts projects with Ricci/Forte and Animanera. We started talking about our own performance and we thought about the bed as an archetype for encounters, a sort of stage for intimate moments and for deep emotional changes. It was a work of almost three years, during which we were always taking out parts, smoothing the rough edges off, polishing things until we came to the simplest form possible. In the performance, the audience has 4 different points of view on the same story, a story with an infinite number of different aspects, and one which tells another thousand stories, in which words such as reality, truth, right and wrong lose their meaning.
DANILA: the initial idea, if I remember correctly, was to work on what happens to two bodies sharing a confined space, and how their relationship may change depending on the point of view. We imagined a real place, and chosen the most intimate and basic of all places: a bed, with everything it represents. I am not sure Hyper Thalamus conveys a proper message, but it surely can make the audience think about relationships, in which everything is always evolving, even apparently nothing is changing, if only we look at them from different angles. 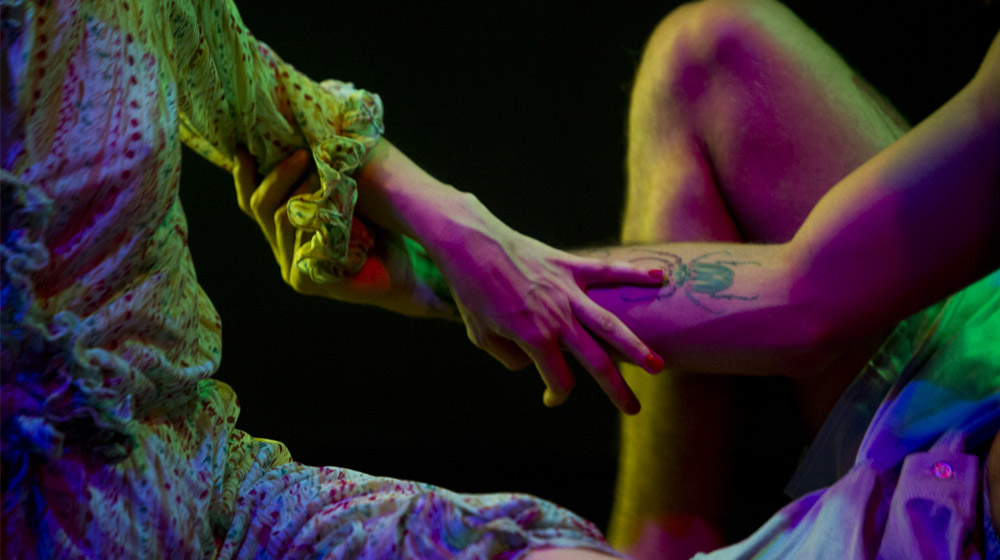 The set design is minimalistic. And in the video, you can see different beams of light. Are these lights, and their different colors, part of the action that happens on the stage?
MANUEL: the four neon lights marking the space occupied by the felt bed, are the cardinal points and at the same time represent four different points of view which can in fact be countless. They create a sort of photographic camera, in which reality is captured and transformed by the photographic eye. This is a couple. This is not a couple. The lights transform the bed into a boxing ring, into a raft, into all of those things that the bed evokes.
DANILA: of course, they are part of the action itself. They emphasise the concept of different points of view. Because they are placed at the four corners, they create a kind of boxing ring, since the bed is a place for empathy but also for conflict, pleasure, and fight. (As with felt, the use of neon lights is part of the idea of using elements that were crucial in the history of contemporary art). 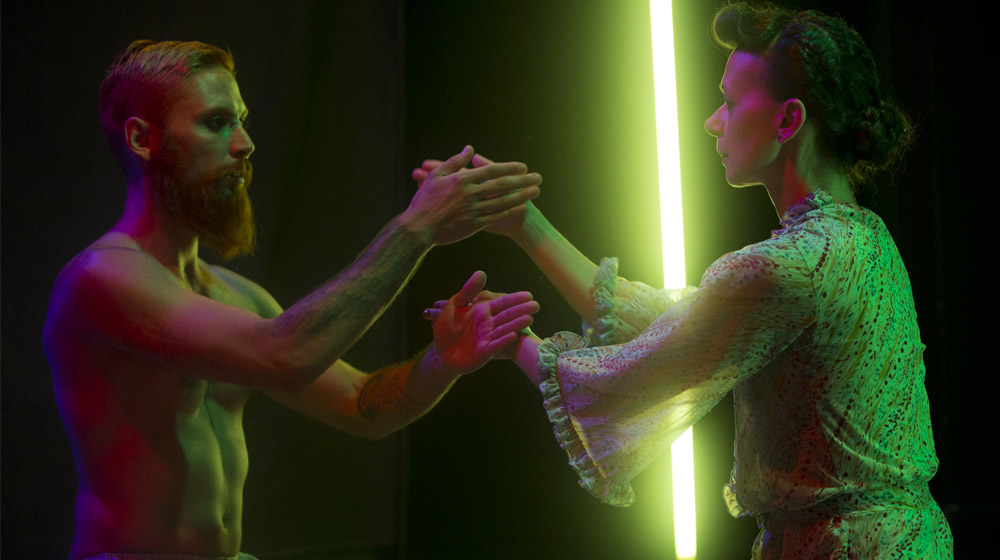 Why did you choose felt as a bed for your performance?
MANUEL: at first, we tried using a mattress, but it was to unstable for our choreography. Also, from a stylistic point of view it was too closely associated with the bedroom and we wanted to avoid stereotypes. So, we thought that a felt bed, made up of different layers, would be a powerful message, especially if you think of the meaning that material took in the work of Joseph Beuys, an artist I always reference in my work. So, the bed became a square made up of different underlayers of life experience, of subconscious, of all that each of us offers to the other person whether willingly or not.
DANILA: for many reasons. From an artistic point of view, it was because of the function it had in the history of conceptual art. From a material point of view, it was because it looks raw and is soft enough for us to move and perform on top of it. From a symbolic point of view, because it allows one to create different layers, and thus represents the passing of time, the accumulation of experiences. Every time you lie down on a bed, even if it is the same bed and with the same person, a layer of life has been added on top of it, and nothing is the same as before. 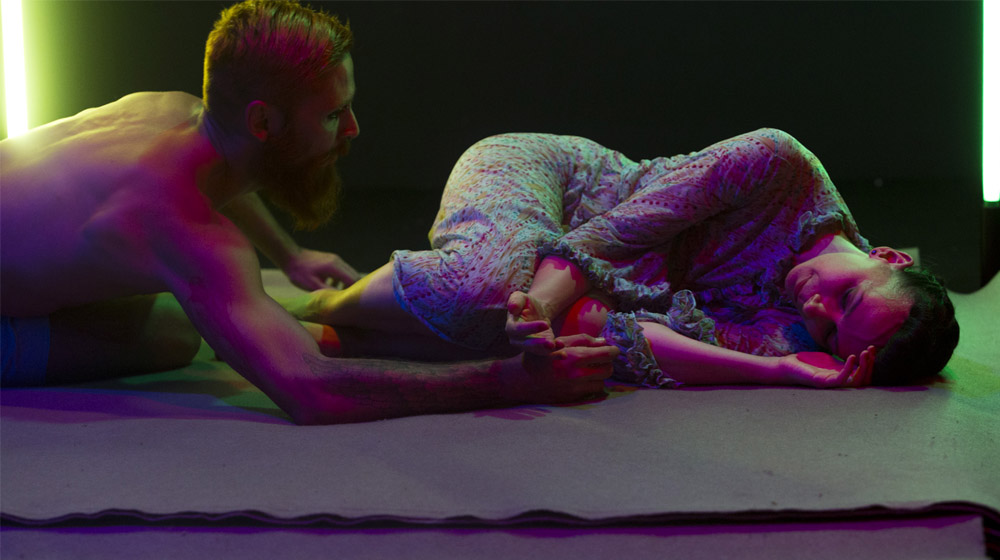 Will you submit the video to any contest?
MANUEL: we are considering taking part to the Video Minuto contest with a shorter version of the video, as well as presenting the performance at some festivals.
DANILA: we are going to present it at video-dance contests and at other art events, in which we will be able to present it together with the live performance. (Yes, there is also a live version of Hyper Thalamus!)

As with every performance, one may realize that during or after the act, something inside of us has transformed, that our point of view on a certain topic has changed. Do you feel like you have changed, after shooting this video?
MANUEL: for me, it was the first time I was writing with someone else. Every idea and every choice we made was shared, assessed and challenged many times. It was tiring but very deep and intimate, and the relationship with Danila has certainly become stronger. Also, working on the bed and on its deeper meaning has made me question a lot of aspects of my private life.
DANILA: yes, I lost a couple of kilos: we shot it in the boiling heat! Obviously, there is more to it than that. It is only when you get to work on a project that you discover its actual scope, and the concept of Hyper Talamus is truly vast and captivating, it would be worth exploring further. 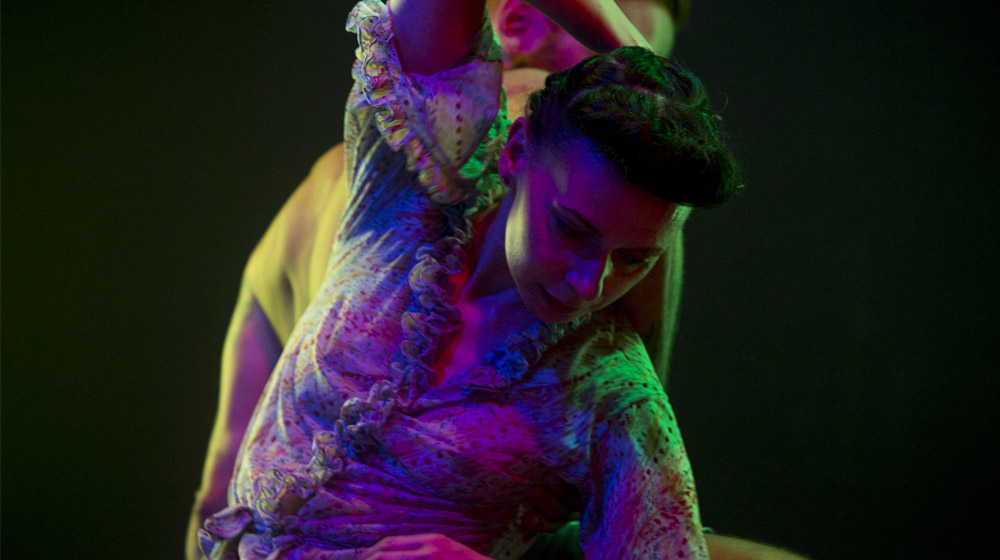 And now, a question that has nothing to do with HT. Quite simply: what is your all-time summer hit? So we can close on a musical note.
MANUEL: Wild world by Cat Stevens, one of the greatest songs of all times, heart breaking yet full of unconditional love, the only true love possible.
DANILA: considering the current climate change, Im going to answer with a song thats good for all seasons, including summer nights, inside or outside of the bed: Because the night by Patti Smith.

And now, it's time to enjoy Hyper Thalamus!

If you liked this interview, you might also be interested in our article about Museo del Tessuto di Prato.