Today, full immersion into colors and play! Toshiko Horiuchi MacAdam has fun doing her job, and everybody has fun with her installations. She is a one-of-a-kind textile artist and knits synthetic fibers such as Vinylon to shape imaginary textile structures for children and all of the world's Peter Pans. 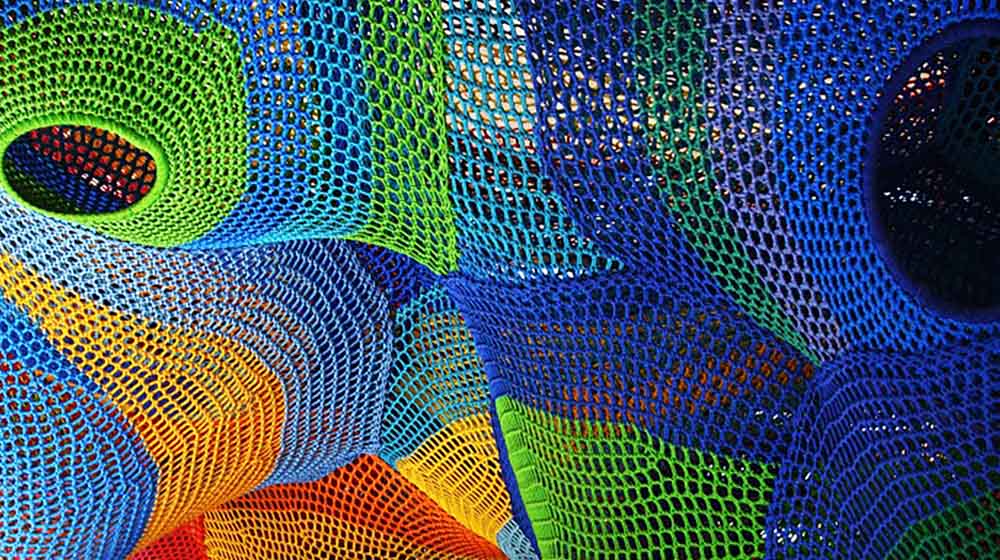 The game gets soft

Indeed, Toshiko Horiuchi MacAdam is famous especially for her textile amusement parks: huge intertwined nets, made with her own tireless and generous hands. Her main objective is to create a soft, cozy organism with which one can interect and inside of which one can play freely. Her dream started a few decades ago, when Toshiko was a young woman and realized that in Tokyo, the city she lived in at the time, there were not enough green spaces and parks for children. She found this very sad, and she felt she should solve the problem her very own way. It was in 1971 that she created her first textile amusement park for children, that she immediately gave to a local kindergarten. Thanks to her, children have a wonderful, safe space to live their adventures and unleash their need to jump, climb, do acrobatics, even in big cities where gardens with games and swings are very rare. When creativity is used to help children, it is even more admirable than usual. 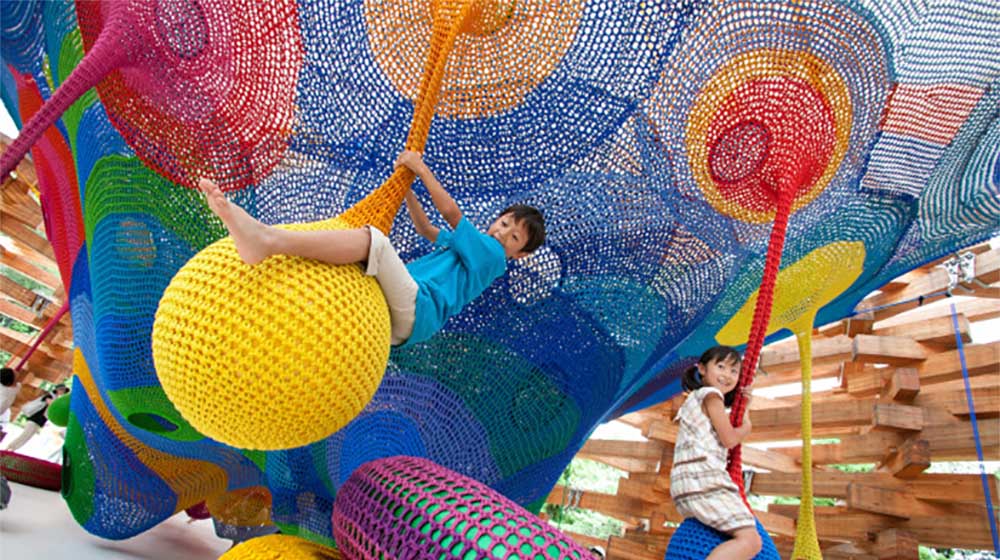 Then, she put a lot of effort in this kind of playful textile art, but not only that: her work has been hosted in many important museums and prestigious galleries. Unitest States, Canada, Hawaii and Japan are only few of the places where Toshiko Horiuchi MacAdam is loved.  Also Italy collaborated with her, and in 2013 Rome's MACRO, in occasion of the seventh Enel Contemporanea festival, hosted a site-specific installation by Toshiko, called Harmonic motion/Rete dei draghi (Harmonic motion/Dragon's Net), which remained hanging in the hall of the museum for about two years. 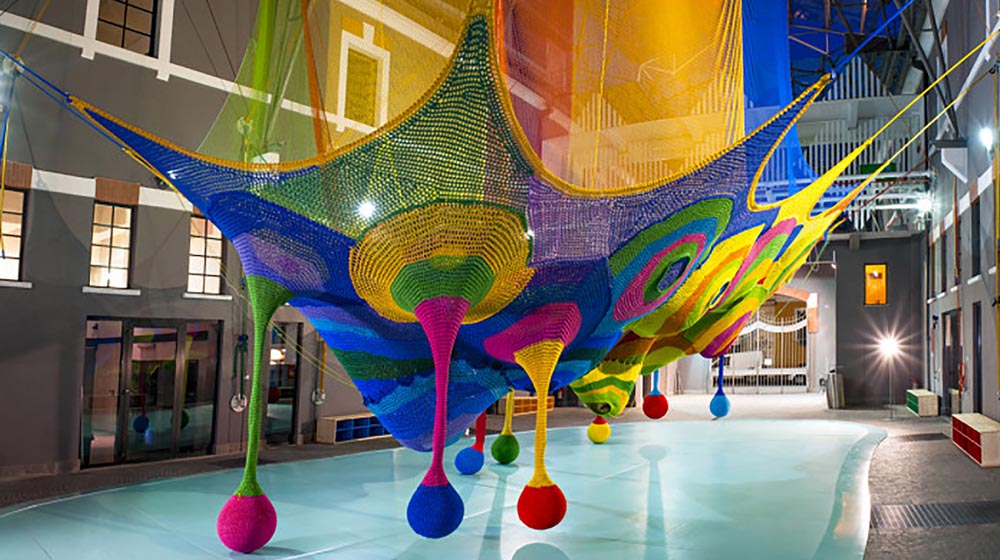 Take a look at Toshiko Horiuchi MacAdam's website, to get to know all of her other masterpieces. Over and out folks, until next discovery!

If you liked this article maybe you would also enjoy DHG exclusive interviews: Meredith Woolnough