There may be a slight delay in processing orders due to a high volume of orders.
Please note that the item Maori carded wool is being replenished but the high demand for it is making production times longer than usual.
We’re doing our best to keep the wait to a minimum.
Thanks for your patience!

Tutorial on coasters created by Ylenia Manzoni a.k.a Yle Vinil

Yle Vinil - a tattoo artist with a nostalgic soul

Today Ive got a very special tutorial for you together with an artist who I really admire: Ylenia Manzoni a.k.a YleVinil, thats made some really awesome coasters. Skillful tattoo artist from Bergamo, with sparling eyes that remind us of those of a ferret and a contagious, warm smile. 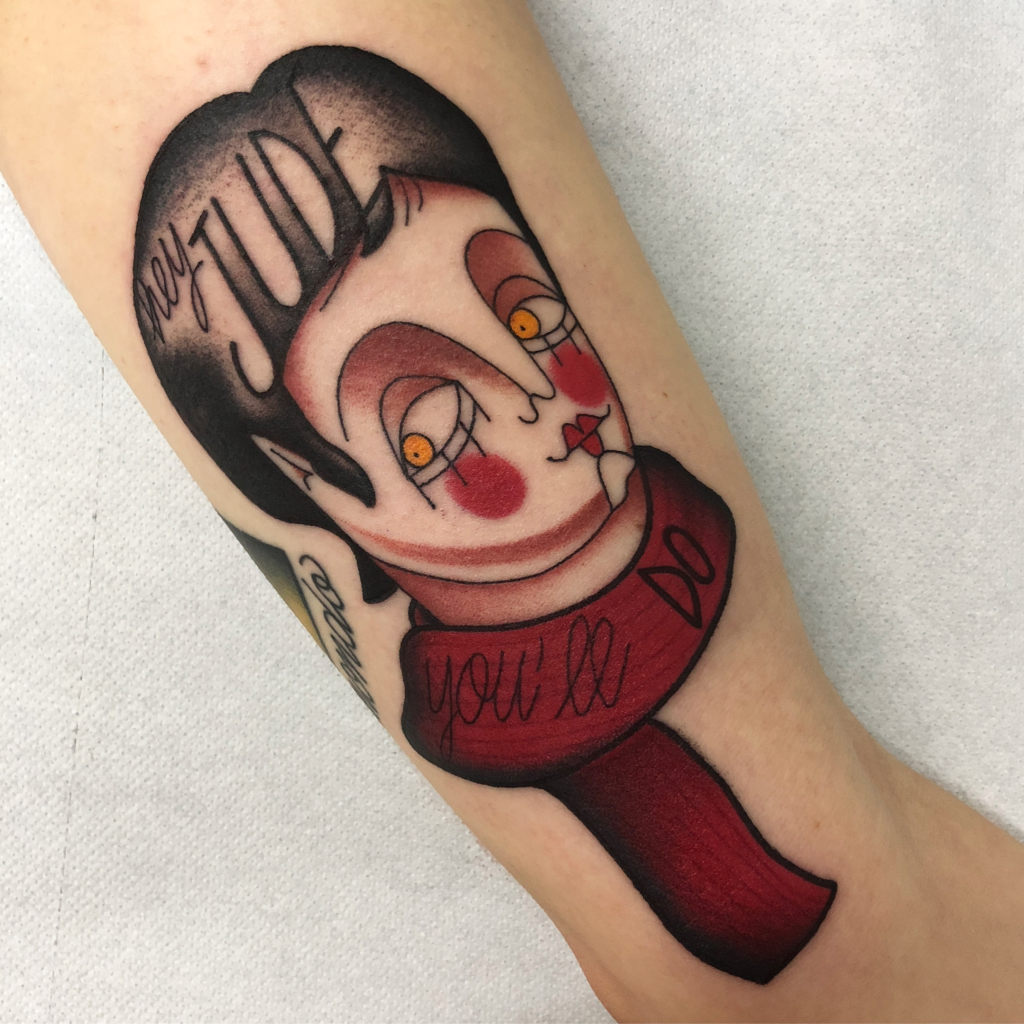 Her unmistakable style reveals just the type of person she is, her passions that fill her with enthusiasm. Ready? Here they are: her whales that guard wishes (I have one on my arm) Bartali and Tenco, dogs and those who are immerged in books. All decorated to precision with super long eyelashes and glowing cheeks, happy while gloomy at the same time. But also, the go-ahead to the most desperate requests from people who wait months and months just to get tattooed by her. Ylenia is a nostalgic girl, who has adapted to the time in which she lives but has her heart poetically anchored in the past. She doesnt have a TV, she listens to singer-songwriters from the Sixties (obviously better if on vinyl) and her house is furnished with modernist objects and furniture. Shes got a four-legged friend, a dachshund, who she goes on long walks in the woods with and a partner who introduced her to her love of camper trips. 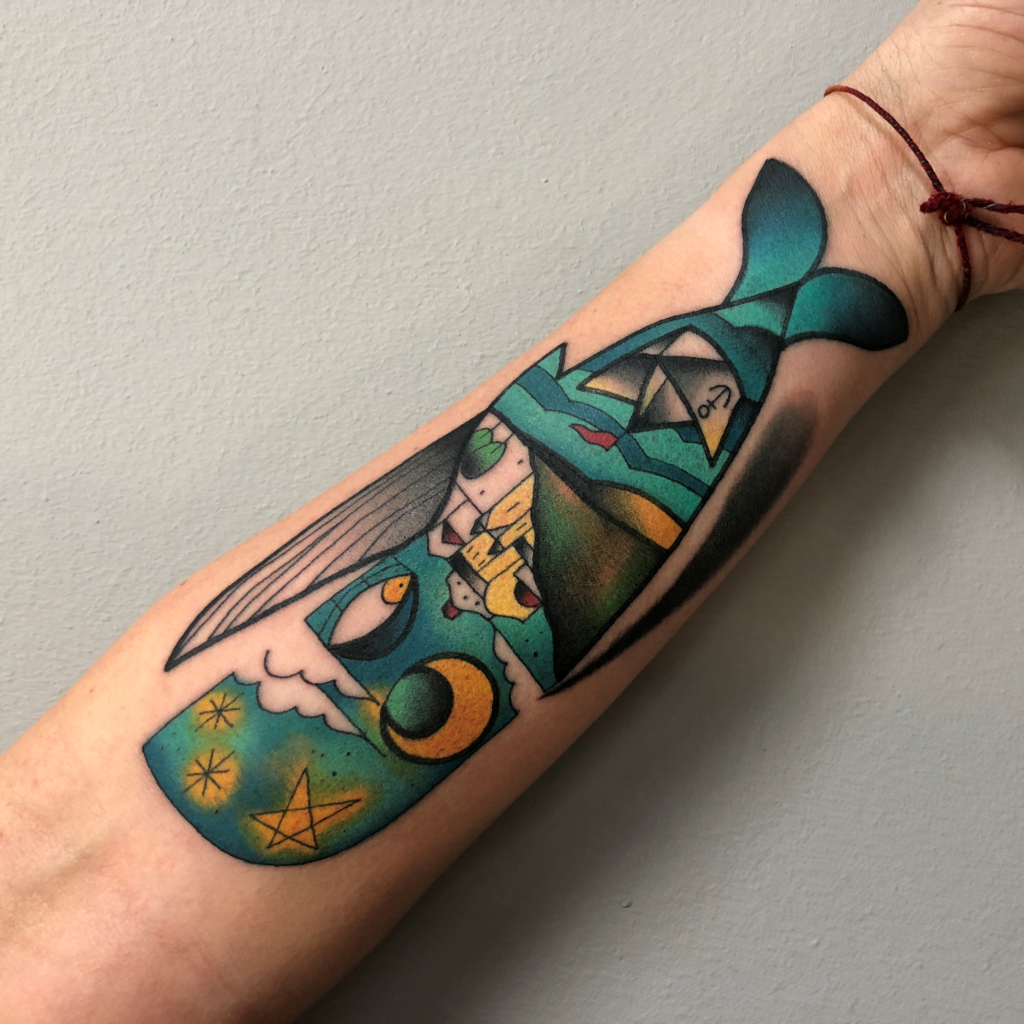 To my delight Ylenia agreed to make felt coasters. The exceptional crafter, explained each step in this tutorial on the spot until the end.
A simple yet effective project. All you need is a few DIY tools and our thermoformable felt to make these colourful and handy coasters. But before picking up the scissors, lets get to know Ylenia better with some fun facts about her:

A woman who has influenced you the most?
Artemisia Gentileschi for sure, back in the school days studying Art History, while at the beginning of my career in the tattooing world, Amanda Toy.

A book you would recommend?
Tonio Kröger by Thomas Mann, he has always been able to describe the feelings creative artists have really well.

Cinema or theatre?
Cinema! I love watching films in the small cinemas that are still open in the city and then when the films finished, talk to the other spectators who were with me about the film.

Happiness? What is it for you?
Happiness is stopping and savouring the moment. 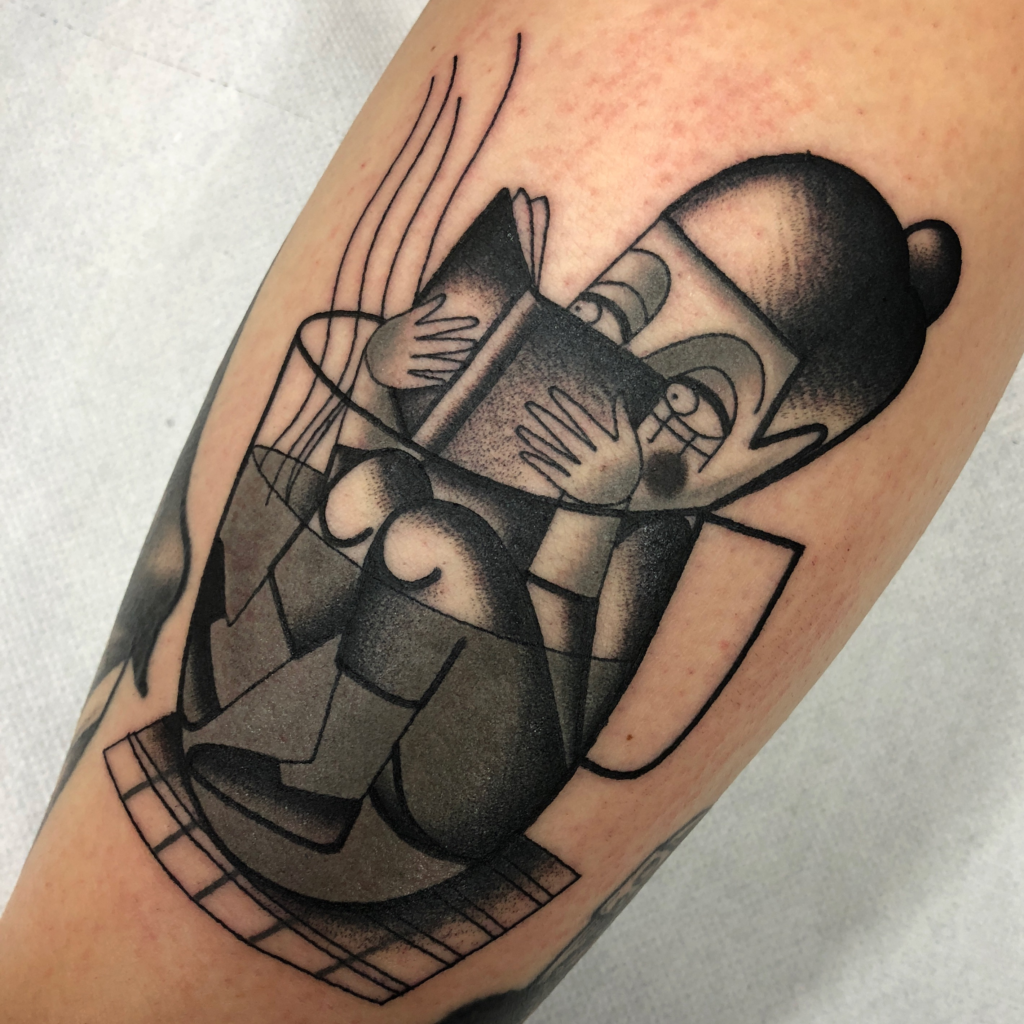 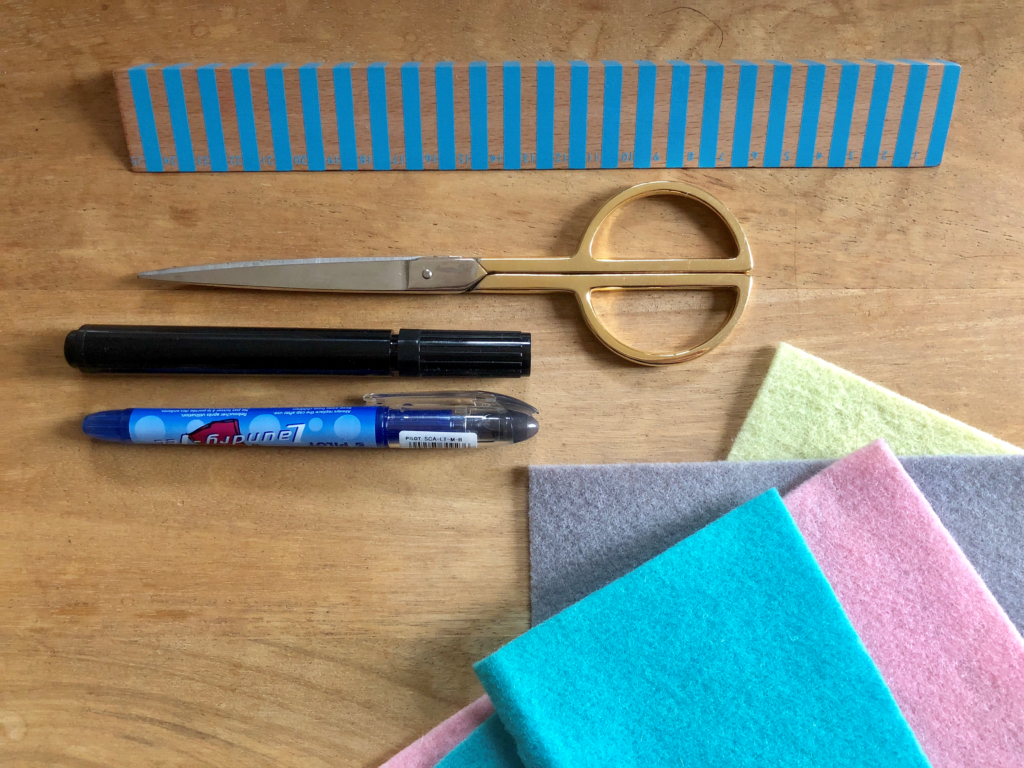 In this tutorial youll see how DHG thermoformable felt can also be used easily by those who arent used to using a sewing machine or dont often sew.
Take a colour of your choice and using the pencil draw some 10x10 squares on it

Cut out the squares, and draw a simple drawing on it, making sure the details have big enough spaces to be able to fill them in with different coloured inserts. 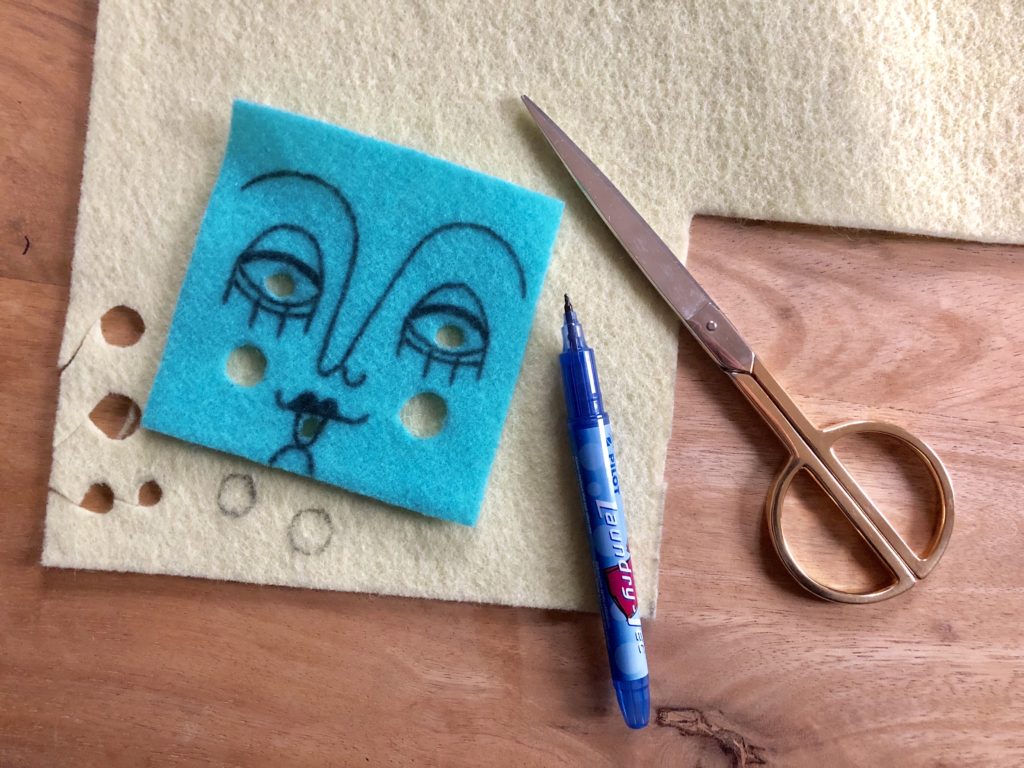 With a different colour to the one chosen for the base, cut out a slightly larger square and place it under the previous one, then cut it at right angles along the sides to create fringes. 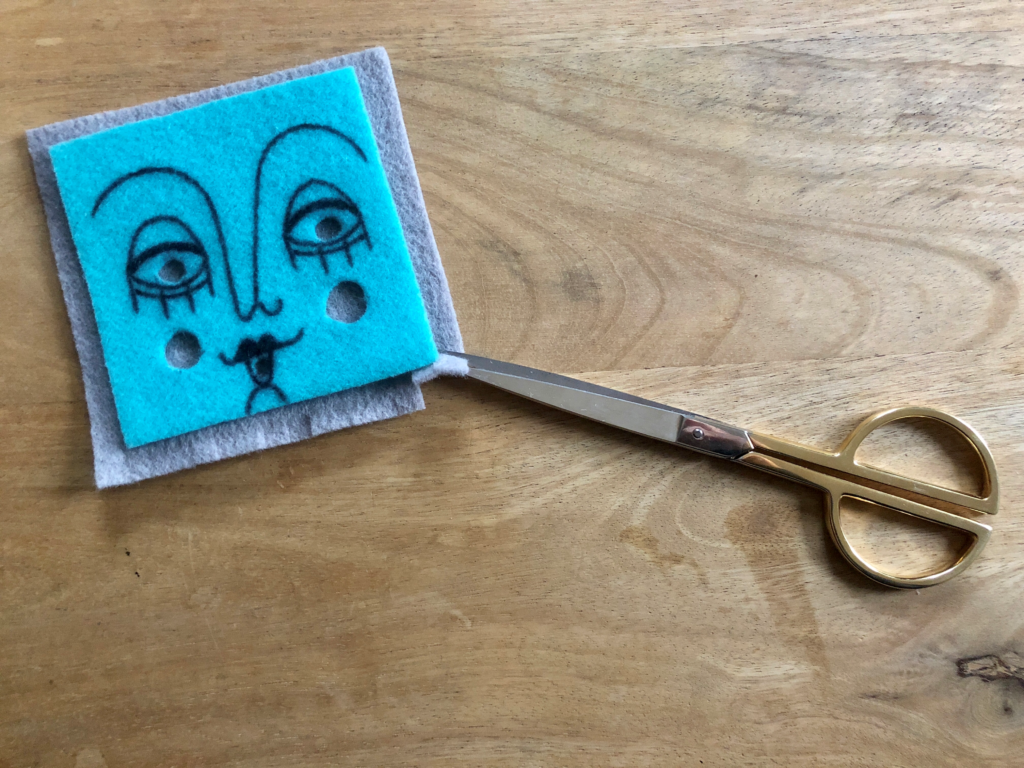 Now make small inserts to be put into the spaces you cut previously: eyes and mouth. Use different colours to differentiate the two sections. 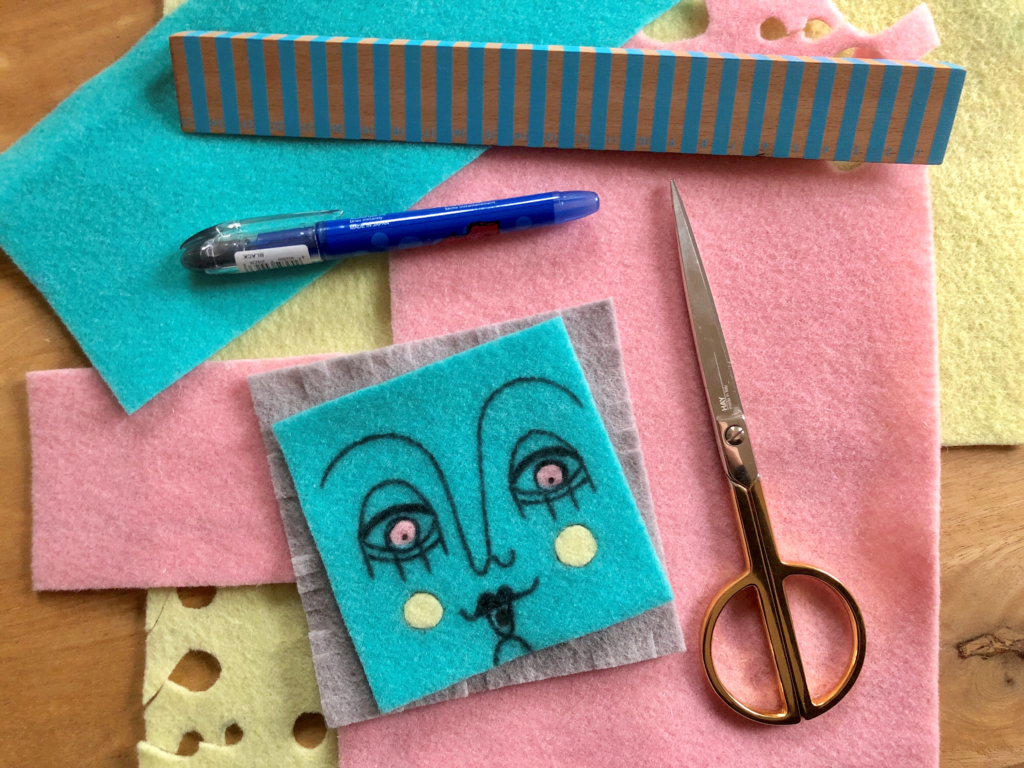 Now, by hand or with a sewing machine attach the two squares by sewing some small stitches on the sides. Instead to attach the inserts youre going to need hot glue or PVA glue just to be on the safe side. If the felt has been cut precisely it will compress perfectly.

The coaster is ready and the kettle is boiling! 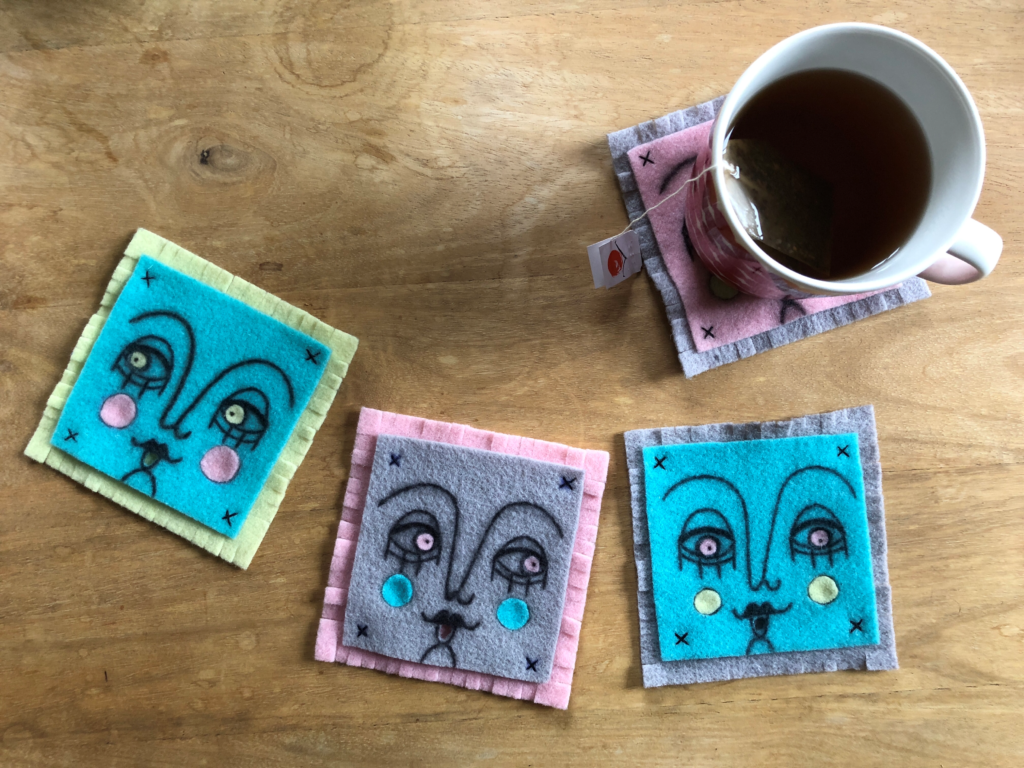 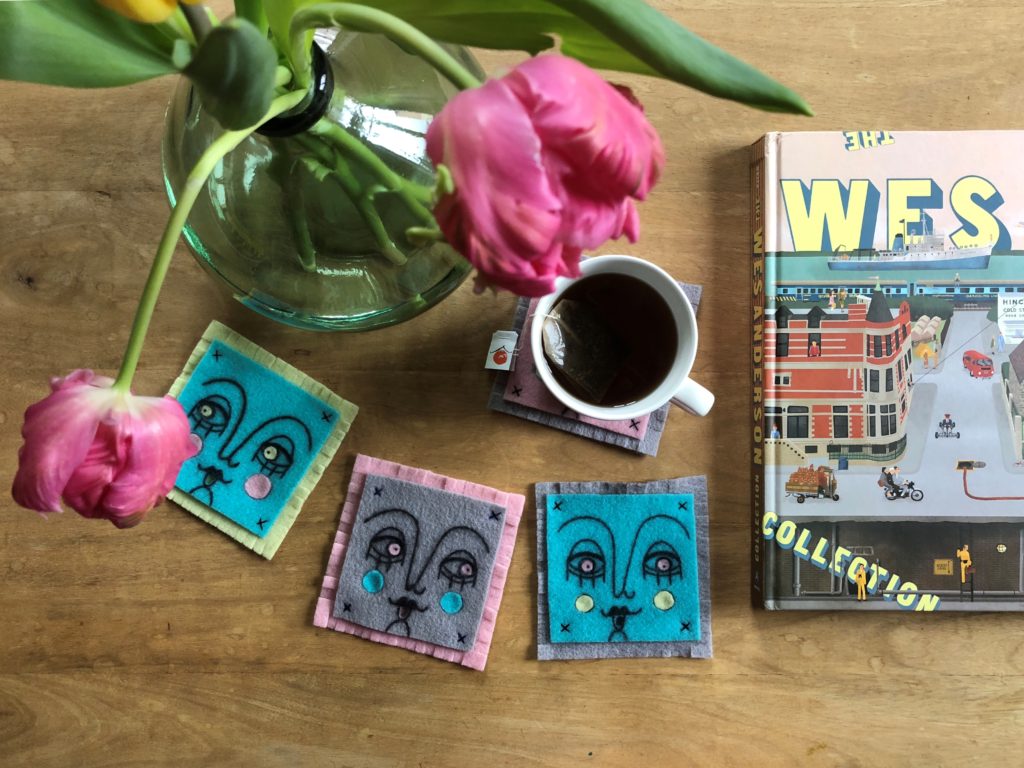 If you are cold, tea will warm you.

If you are depressed, it will cheer you.

If you are excited, it will calm you.

Cat Rabbit and the cutest felt plushies ever

Felt: but what is it?